Village : Piravam Taluk : Muvattupuzha District : Ernakulam Location : About one and a half kilometers from Piravam -Ernakulam road

Perumthrikkovil, one of the biggest circular shrines of Kerala is located at a picturesque place on the bank of Muvattupuzha River. This Siva temple ascribed to the 12th century with gigantic circular Adhishtana and conical roof covered with copper sheets is of Sandhara type. Its idol Sivalinga is made of sand and the shrine - interior is a miniature Dravida Vimana. The walls are plain and a Ghanadvara (large grill- window) is marked at the centre. Two rows of alternate square and octagonal pillars in circular alignment is set around this inner square shrine which is possible of laterite.

The main entrance is through a flight of steps having bannisters bearing Purna - Kumbha motif. On either side of the Sopana there is a column. The Dwarapalakas made of wood are near the door leading the shrine - interior. The Pranala on the northern wall comes out of the Kapota is a fluted shaft lipped at the end without ornamental bands.  The curved end of Pranala is held by a Bhuta figure in standing posture.

The granite Adhishtana consists of the mouldings like Upana, Jagathi, octagonal Kumuda, Kanta with Kampas and Pattika. Its Namaskaramandapa is square in shape. There are Nalambalam, Valiyambalam and Balikkalppura. There exist wood carvings in the Namaskaramandapa and Valiyambalam. The chief deity Siva is facing the East.  In the back of the Srikovil there enshrined Goddess Parvathi facing the West. The sub shrines are Sasthavu, Sreekrishna, Ganapathy and Nagar. Its square-shaped Ardhamandapa contains beautiful wooden carvings on its ceiling. The wooden sculptures and murals adorn the main shrine.

Perumthrikkovil is associated with three early inscriptions of the 12th and 13th century.  Two of them got damaged and the third inscription on the adhishtana of the Namaskaramandapa is well preserved. 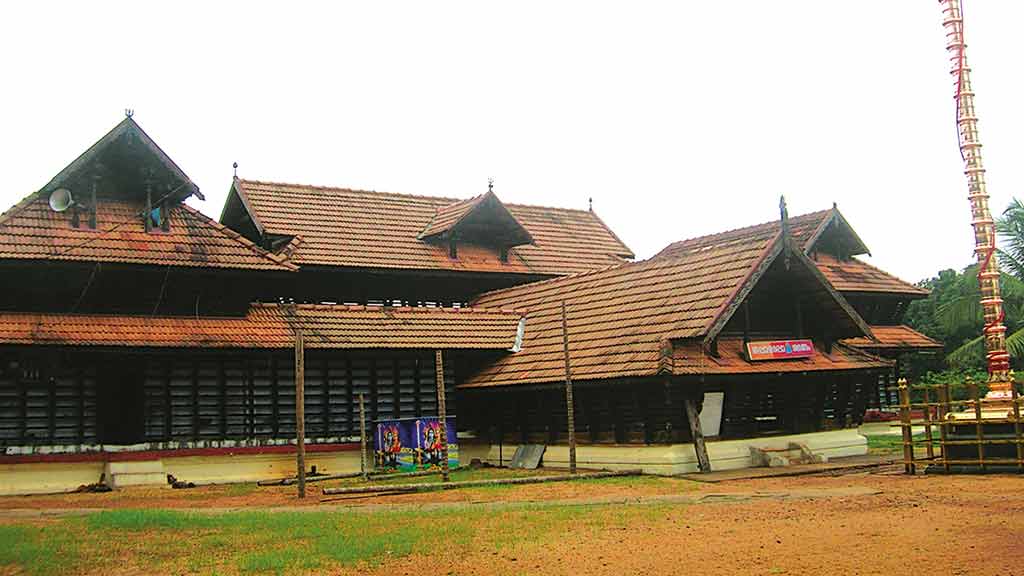